Welcome to an evening of thinking and drinking – meet three of Sweden’s most promising young fashion designers and see their works! Also: a guest from Iaspis recidency programme. They will present their creativity through the PechaKucha concept, sharing the best they’ve got in 6 minutes and 40 seconds. 20 images get 20 seconds each – it never gets boring, only inspiring!

FREE ENTRANCE FOR EVERYBODY!

This event is a part of Stockholm Fashion Week and you can see the rest of the program at Skeppsholmen (ArkDes and Moderna Museet) here: http://www.arkdes.se/upptack/program 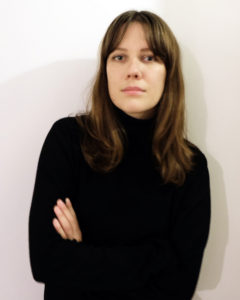 NAEMI GUSTAVSSON
Naemi Gustavsson is a contemporary menswear designer, graduated from The Royal Danish Academy of Fine Arts 2015. Her work derives from stories of male stereotypes and an aesthetics of street wear and functional clothing; deconstructed to drive the silhouette toward new expressions and challenging existing views on menswear. The value of materials, craftsmanship and functionality are used as tools to create connections between garment and user; and by that her work pushes the way we see and interact with the clothing we wear.

JOSEPHINE BERGQVIST
Josephine is a Stockholm based fashion designer, recently graduated from Beckmans College of Design. Before and during the time at Beckmans she’s been interning for Ann-Sofie Back, H&M and Eckhaus Latta in Los Angeles. Right now she is working on a project for Cheap Monday. Josephine is also one of the nominees of Young Swedish Design (Ung Svensk Form) 2016. 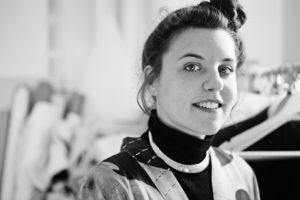 AMANDAH ANDERSSON
Since the graduation from Beckman’s College of Design’s fashion department in 2013, Amandah today works full-time as a freelance illustrator, print designer, costume designer while she also put a lot of focus on her own fashion brand AMA AWE, both as the fashion designer, graphic designer & print designer. Amandah is based in Stockholm and a part of the creative design group CRAY Collective. 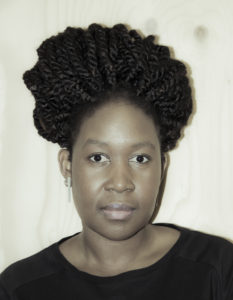 NATSAI AUDREY CHIEZA
Natsai Audrey Chieza is an independent designer, researcher and educator working at the intersection of Design and Science. Educated in Architectural Design at the University of Edinburgh and Material Futures at Central Saint Martins, Natsai considers herself a multidisciplinarian: able to mediate creative practice with a strong sensibility to materials and aesthetics, as well as a great sensitivity to context. She is also part of the Iaspis residency programme in Stockholm, Aug-Sep-Oct 2016.

PechaKucha was devised by architects, Astrid Klein and Mark Dytham (Klein Dytham Architecture) in 2003 as a place for designers, young and old, to meet and show their work in public. The informal, snappy format premiered in Klein & Dytham’s multimedia space, SuperDeluxe in Tokyo and has now spread to 900 cities.